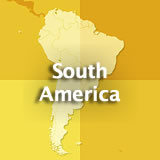 A study of the geographic areas of South America, with an emphasis on Brazil. Students explore history and its influence, government, economics, and society and culture. 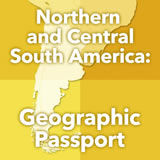 Northern and Central South America: Geographic Passport
Students are introduced to the physical geography of Northern and Central South America. They identify the countries in this region and explore a map with political, physical, population, and climate layers, and compare and contrast the countries. Then they select two countries and compare and contrast their natural resources as well as the impact of those resources on the economy. Finally, they do independent research on environmental issues in the region. 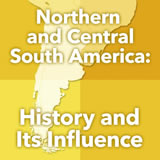 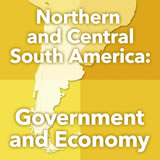 Northern and Central South America: Government and Economy
Students explore the connection between the natural resources and economies of several of the countries in this region. Then they do additional research on these natural resources to understand the kinds of jobs that are associated with them. Finally, students learn about Juan Manuel Santos, the Colombian president who won the Nobel Peace Prize in 2016. 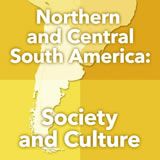 Northern and Central South America: Society and Culture
In this experience, students are introduced to the storytelling tradition of Latin America, particularly Colombia. They listen to a Colombian children's folktale and compare it to one they know. Then they learn about Gabriel Garcí­a Márquez and magical realism and read the first paragraph of one of Márquez's stories. Finally, they do their own research to identify other elements of Colombian culture. 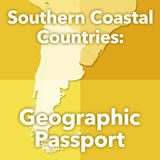 Southern Coastal South America: Geographic Passport
Students are introduced to the physical geography of Chile, Argentina, and Peru. They create a geographic passport of the three countries. Then they focus on the Andes Mountains, the Pampas, and Patagonia and the physical features, the climate, and the human population in each region. Students then pick a location in the region that they would like to visit and they explain why. 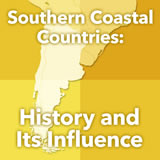 Southern Coastal South America: History and Its Influence
Students are introduced to the Inca Empire by first exploring Machu Picchu. Then they learn about various elements of life in the Inca Empire. Next, they focus on the Spanish conquest of the empire by Francisco Pizarro and explain how he was able do it with so few soldiers. Finally, students explain what they would most like to see and understand about Machu Picchu. 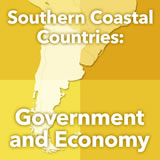 Southern Coastal South America: Government and Economy
Students explore the government and economy of Chile, Argentina, and Peru, noting historical influences. In small groups, they do additional research on one of the countries to create a report. Finally, they consider the role of tourism in the Patagonia region and create a tourism brochure for people their age. 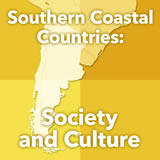 Southern Coastal South America: Society and Culture
Students learn about the long tradition of gauchos and cattle herding in Argentina. Then they research and explain the traditional way that this cattle and other food is prepared and served in Argentina. Finally, they consider the positives and negatives of the isolated way of life of the gaucho. 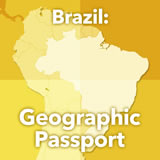 Brazil: Geographic Passport
In this experience, students are introduced to the physical geography of Brazil. They learn about four landscape types in the country. Then they focus on what the Amazon rainforest is, why it's important, how it is threatened, and what possible solutions are. Finally, students research and explain the threats to the coastlines and beaches of Brazil. 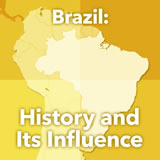 Brazil: History and Its Influence
Students begin by learning the early history of Brazil, including that of its native population. Then they explore and explain the impact of the Portuguese colonization and independence, researching a specific era in Brazil's history. Finally, they consider the impact of the slave trade on Brazil. 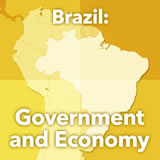 Brazil: Government and Economy
Students are introduced to the importance of coffee to the Brazilian economy. Then they read and note important features of the Brazilian government and economy, comparing them to features of the United States. Next, they learn about the development of sugarcane-based ethanol in Brazil, which has made the country independent of foreign oil. Finally, students brainstorm ideas for using natural resources to solve problems in their own communities. 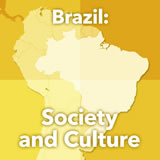 Brazil: Society and Culture
Students learn about the culture of the river dwellers along the Amazon River. Then they explore the Afro-Brazilian influence in Salvador. They research cultural features and challenges in Salvador and present their findings. Finally, they are introduced to some of the etiquette and customs of Brazil and describe them in a letter. 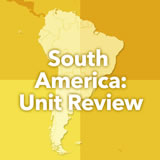 Sign up below to get the complete World Cultures MS Course,
including the South America Unit.