Students learn about the domestic issues that existed during James Monroe's Presidency, including the banking crisis and Panic of 1819. Then, students read about how the banking crisis led to the landmark Supreme Court case of McCulloch v. Maryland. Finally, students explore the case further and evaluate the two major constitutional issues that were raised in the case.

Here are the teacher pack items for Monroe’s Domestic Policy:

In this experience, students learn about the domestic issues that existed during James Monroe’s Presidency, including the banking crisis and Panic of 1819.  Then, students read about how the banking crisis led to the landmark Supreme Court case of McCulloch v. Maryland. Finally, students explore the case further and evaluate the two major constitutional issues that were raised in the case.

Students will collaborate in small groups for scene 2 to scene 4. Scene 4 requires at least three students per small group. 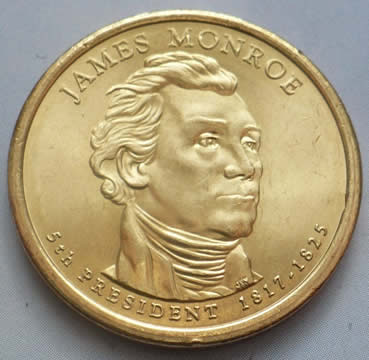 During this time, Americans were celebrating their victory against the British in the War of 1812, the further expansion of the United States, and increased manufacturing and industrial growth. The economy was growing and the transportation revolution was going strong. Most importantly, America was finally independent from British rule.

Think about how the “Era of Good Feelings” compares with the political and economic atmosphere today.

What “name” would you give to the period of time we are currently living in?


Discuss with students some of the answers and why they selected those responses.


This “Era of Good Feelings” would not last long as the country’s economy began to falter and America was led into its first major depression – the Panic of 1819.