Students learn about the causes of the War of 1812 and the challenges the United States faced in preparing for a war with Great Britain. Then, students write a persuasive argument supporting or opposing the war.

Here are the teacher pack items for Lead-up to the War of 1812:

In this experience, students learn about the causes of the War of 1812 and the challenges the United States faced in preparing for a war with Great Britain. Then, students write a persuasive argument supporting or opposing the war.

As the Napoleonic Wars raged in Europe, the new nation of the United States struggled to stay neutral in its dealings with France and Great Britain. The British Navy had begun a policy of boarding American trade ships in European waters and impressing (capturing) U.S. sailors, forcing them to serve on British ships—escalating the tension between the U.S. and Great Britain. 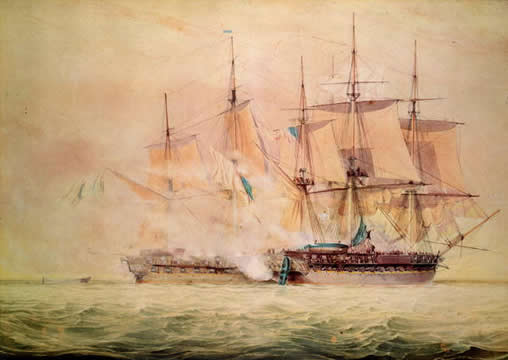 When the British Navy bombed the American warship U.S.S. Chesapeake, three sailors were killed. President Jefferson had had enough. He passed the Embargo Act, which he hoped would stop the British by cutting off their food and supplies. Unfortunately, the Embargo Act didn’t work in stopping the British and actually caused great economic harm to the United States.

When James Madison was elected President in 1809, he repealed the Embargo Act and tried to use diplomacy to improve relations with Britain. When these efforts failed to resolve the issues, Americans called for war. In 1812 President James Madison asked Congress to declare war against Great Britain, thereby beginning the War of 1812.


Think about what life was like in the year 1812. What do you think would have been some of the biggest challenges to fighting a war at that time?