Here are the teacher pack items for Jeffersonian Republicanism:


When Thomas Jefferson assumed office as the third President of the United States in March of 1801, it was an important moment for America. His inauguration marked the first time the presidency was passed from one political party to another—from Federalists to Democratic Republicans.

The two parties had very different ideas about how the country should be run. The Federalists believed in a strong central government with a focus on trade and manufacturing. In contrast, the Republicans favored strong states’ rights and believed that agriculture and farming were of primary importance. 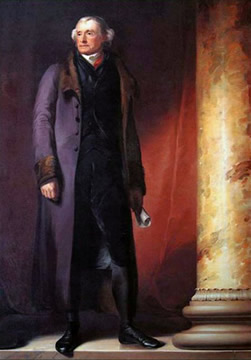 In his inaugural address given at the newly built Capitol Building, Jefferson spoke of his desire to repair the damage done to the nation by the election of 1800 and his hope to bring the warring political parties back together.

Explain the message of this quote from Thomas Jefferson’s first inaugural address.


Discuss with students their responses. Share an interesting or exemplary answer to the class for discussion. Explain to students that Jefferson believed that whatever differences might exist between the two parties, they all believed in the principles of the same Constitution even though each party might interpret and apply the principles differently.