Here are the teacher pack items for China and Its Neighbors: Society and Culture: 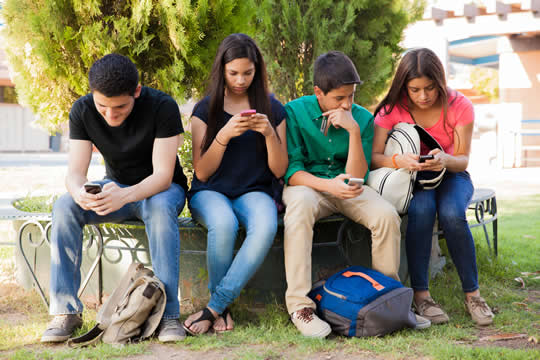 You know what these young people are doing—you may do the same yourself! The cell phone has been a major technological advancement in today’s culture.

You probably noted some very positive changes that are a result of cell phones. People can get in touch with each other more quickly. It’s easier to figure out where you are when you are lost. You can even order dinner from some cell phones!

You might have thought about some of the negative changes, as well. Just like in the photo above, sometimes people spend more time looking at their phones than at each other. Phones can be a distraction.

Did you know that there are also environmental impacts from cell phones? Manufacturing cell phones requires a lot of energy and resources. And when cell phones get thrown away—which happens when people continuously upgrade—the material of the cell phone can leach hazardous waste into rivers and soil. A small phone can include toxic metals and substances such as lead, nickel, and mercury. 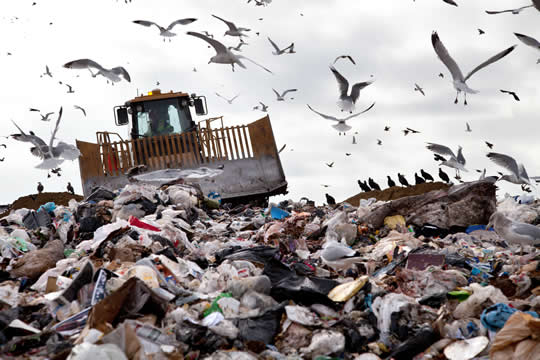 So...you see the dilemma, right? Society makes technological advances that are designed to make life better. But there is often a cost.

In this experience, you will explore how technological advancements in China have created problems for their environment.


End of Preview
The Complete List of Learning Experiences in East and Southeast Asia Unit.

China and Its Neighbors: Government and Economy

Southeast Asia: History and Its Influence

Japan and the Koreas: Geographic Passport 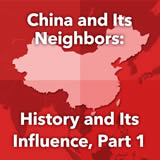 China and Its Neighbors: History and Its Influence, Part 1

Japan and the Koreas: Government and Economy

Japan and the Koreas: History and Its Influence

China and Its Neighbors: History and Its Influence, Part 2

China and Its Neighbors: Geographic Passport

Japan and the Koreas: Society and Culture
Would you like to preview the rest of this learning experience, and get access to the entire functioning World Cultures MS course for your classroom? Sign up using your school email address below.