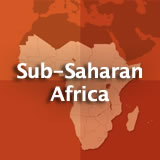 A study of West and Central, then Southern and Eastern Africa. Students actively investigate history and its influence, economy and more. 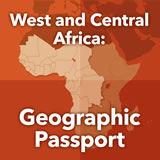 West and Central Africa: Geographic Passport
Students are introduced to the physical geography of West and Central Africa. They identify all 24 countries and major bodies of water on a map. Then they create a map that illustrates some of the geographical features of the region. Next, students research one of the countries and report on their findings. Finally, students research and explain one of the environmental challenges for this region. 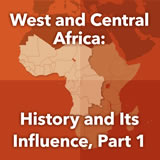 West and Central Africa: History and Its Influence, Part 1
Students learn about the early civilizations of West and Central Africa, including the role of trade. Next, they explore both the early African slave trade and the Atlantic Slave Trade. Then they learn about the Scramble for Africa and analyze the impact on the region. Finally, students consider other forms of human domination in today's society. 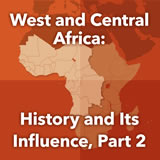 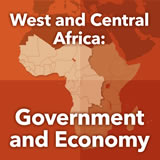 West and Central Africa: Government and Economy
In this experience, students first explore the government and economy of the relatively successful West African country of Ghana. Then they learn about the governments and economies of five other West and Central African countries that have faced civil wars and conflicts. Next, students learn the part that blood diamonds have played in those conflicts—and the general problems that result from conflict diamonds. Finally, students write an explanation about how to buy diamonds more ethically. 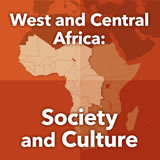 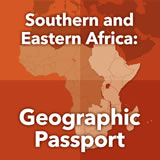 Southern and Eastern Africa: Geographic Passport
Students are introduced to the physical geography of Southern and Eastern Africa. They label a map of the region with countries, physical landscapes, and waterways. Then they research and report on conflicts in East Africa that are directly related to climate change. Finally, they consider the role of tourism on the environment in East Africa, exploring how different points of view affect how humans approach a specific environment. 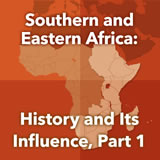 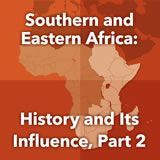 Southern and Eastern Africa: History and Its Influence, Part 2
Students learn about the effects of European colonialism on the nations in Eastern and Southern Africa during the years following independence. Then they research the ongoing conflicts that resulted in Uganda, Rwanda, and Sudan, drawing connections between European rule and the later ethnic and religious conflicts. Finally, students consider the unexpected consequences and effects of slavery in the United States. 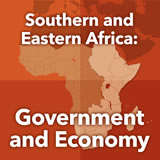 Southern and Eastern Africa: Government and Economy
Students are introduced to the connection between government, economics, and human behavior by learning about the ivory trade. Then they take a brief look at the governments and economies of Eastern and Southern Africa. Next, they learn about the history of apartheid, from its beginning to its end, focusing on the role of Nelson Mandela. Finally, they write a brief news report about the current state of government and economics in one country. 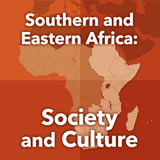 Southern and Eastern Africa: Society and Culture
Students focus on education in sub-Saharan Africa. They learn the data about who is in school and who isn't, as well as the reasons for the educational crisis. Then students follow the story of a Kenyan boy's education from beginning to end. They learn about his successes and challenges, as well as the education system around him. Finally, students articulate their own perspective on the value of education for all young people. 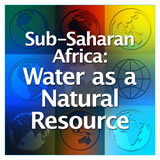 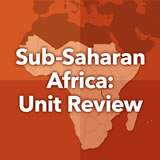 Sign up below to get the complete World Cultures MS Course,
including the Sub-Saharan Africa Unit.