Students learn about four of the Southern Colonies: Maryland, the Carolinas, and Georgia. They focus on the physical and human geography and the variances within the colonies. They examine how the environment and economic development contributed to the spread of slavery throughout the South.

Here are the teacher pack items for The Southern Colonies:


You have already encountered the first Southern Colony, Virginia, home of the first English settlement, Jamestown. There are four additional Southern Colonies, which you will learn about in this experience.

Note the locations of the five Southern Colonies on the map. 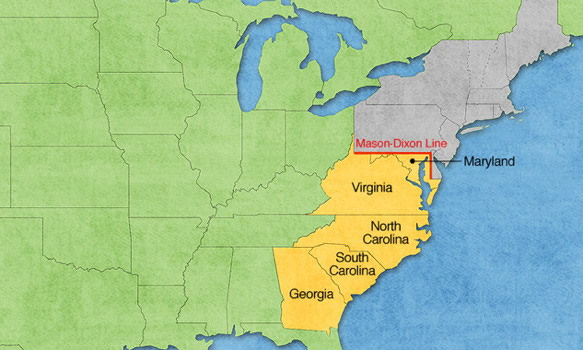 Now study the stone in the image below. 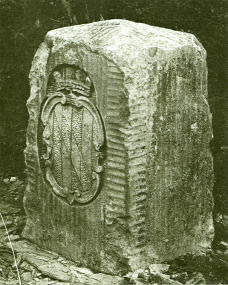 Can you make a guess what it was used for? Hint: It is related to the map and it is NOT a gravestone.


After everyone has posted a guess, unlock the next part.

The stone is called a crown stone. It was used as a boundary marker, and it shows the family coat of arms for the colony whose territory it faces on the border.

There was a long-running border dispute among the colonies of Maryland, Pennsylvania, and Delaware, arising from contradictory measurements given in the Pennsylvania Charter. The conflict was resolved in 1767 when the colonies hired surveyors to draw the border, which became known as the Mason-Dixon Line, named after the two surveyors.

The crown stone shown above is one of many markers that were placed every five miles along the Mason-Dixon Line. The image shows the coat of arms of Maryland’s founding Calvert family. On the other side of the crown stone facing Pennsylvania territory are the arms of William Penn.


If you have time, discuss with students how the Mason-Dixon Line has come to symbolize a cultural divide between the Northern states and the Southern states.