Students learn to distinguish between the Pilgrims and the Puritans, and focus on their religious motivations for coming to the New World. They are introduced to Roger Williams and Thomas Hooker, and they state an opinion if the New England colonies should be considered a symbol of religious freedom or not.

Here are the teacher pack items for The New England Colonies and Religious Freedom:

In this experience, students learn to distinguish between the Pilgrims and the Puritans, and focus on their religious motivations for coming to the New World. Then they are introduced to Roger Williams and Thomas Hooker, and they state an opinion if the New England colonies should be considered a symbol of religious freedom or not.


With 102 passengers aboard, the Mayflower landed in 1620 on the shores of what would become the Massachusetts Colony. Many of the people aboard left England behind to escape religious persecution. They did not know what awaited them in the New World. 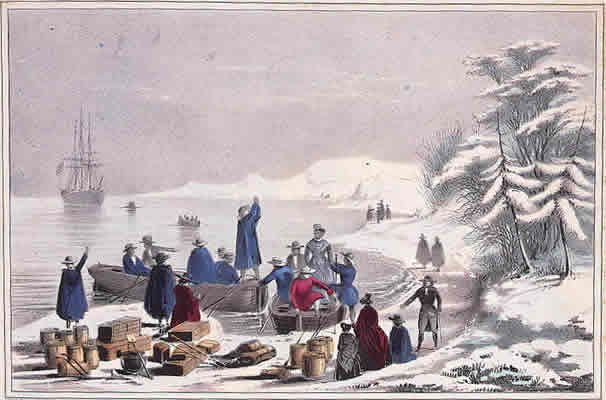 The Landing of the Pilgrims on Plymouth Rock


Do you know the difference between a Pilgrim and a Puritan in colonial America?

In the table below, record something you know about the Pilgrims or the Puritans. If someone has already posted a fact, try to think of something new to add.

Tell students that if they don’t know the difference, they’re not alone! The video in the next scene includes “people on the street” interviews addressing the question: What is the difference between a Pilgrim and a Puritan? Students will see that people sometimes have difficulty distinguishing between them. In this lesson, they’ll learn the differences and similarities between the two groups.