Here are the teacher pack items for Point of View:

In this experience, students look at a photo that prompts them to think about points of view. Then, they learn to identify first-person and third-person points of view. Next, they read two versions of a passage differing in point of view and explain their responses to them. Finally, they write two different versions of the same one-paragraph story, using different points of view. 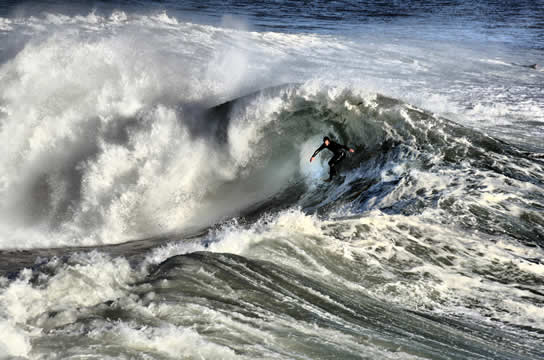 Choose one of those three points of view: the surfer’s, the photographer’s, or your own. What does the person whose point of view it is see, think, and feel?

Lead a discussion in which students compare and contrast the points of view they have described. For each of the characters (including themselves as observers), compare different students’ descriptions of the same character’s point of view.

Tell students that in the next scene, they will learn how a difference in point of view affects a fictional story.

End of Preview
The Complete List of Learning Experiences in Literary Genres Unit.

What’s the Story About?

Point of View
Would you like to preview the rest of this learning experience, and get access to the entire functioning ELAR Grade 5 course for your classroom? Sign up using your school email address below.