Here are the teacher pack items for The Southern Home Front:


Most of the fighting during the Civil War took place in the South. Battles around southern homes caused many hardships for southerners. Many southerners saw their homes burned or taken over by Union armies. Their belongings, food, and clothing was destroyed or stolen as the Union army moved through. 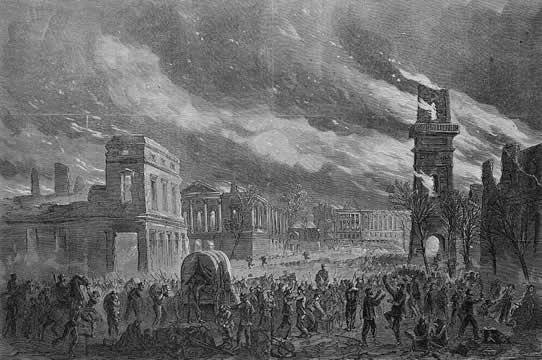 What are some words that come to mind when you think about life in the South during the Civil War? Post at least one item to the word cloud below. To list multiple items, separate them with a comma, like this: North, South.


Ask students to share some of the words they added to the word cloud. Students might have included: fighting, burning, starvation, bloody, battles, death, despair, patriotism, etc.