Students learn about three of the key battles of the Civil War and the strategies used by the North and South during these battles. Then they explain how the battles helped to turn the war in the Union's favor. Finally, students rewrite a passage about the war in their own words.

Here are the teacher pack items for Key Battles of the Civil War:

In this experience, students learn about three of the key battles of the Civil War and the strategies used by the North and South during these battles. Then they explain how the battles helped to turn the war in the Union’s favor. Finally, students rewrite a passage about the war in their own words.


At the start of the Civil War, both the North and South thought they would swiftly win. Each side expected to achieve a quick and painless end to the war. This was not the case. After the First Battle of Bull Run, both the North and the South realized that this would be a long and bloody war. 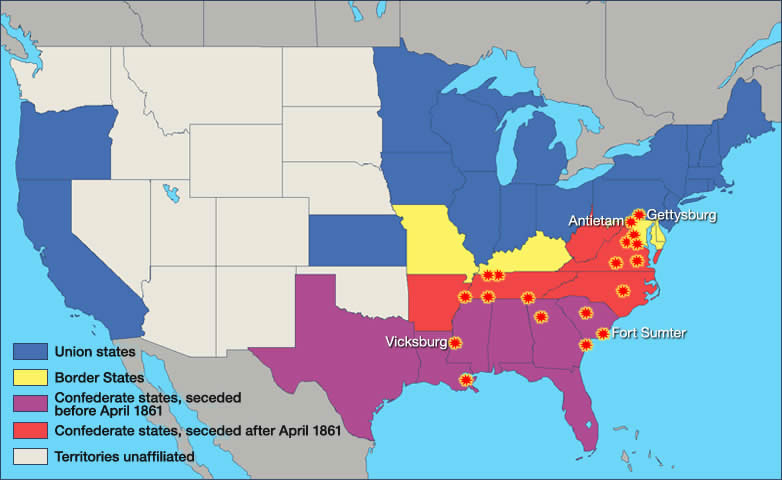 What do you notice about the battles on this map? Can you explain your observations?


Many students will note that most of the key battles took place in the Confederate States and the border states. The Battle of Gettysburg was the only key battle fought on Union soil.


Keep this map in mind as you learn about the Battles of Antietam, Gettysburg, and Vicksburg.