Here are the teacher pack items for The Rise of the Republican Party:


By the 1850s, the country was significantly divided over the issue of slavery. Political parties representing the North and the South debated the heated issue of slavery over a number of different laws being discussed in Congress.

The Democratic Party represented the South and the voters who supported slavery. The anti-slavery voters were represented by a number of different parties, including the Whig Party, the Free Soil Party, and the Know-Nothing movement. These parties would join together in 1854 to form the Republican Party. 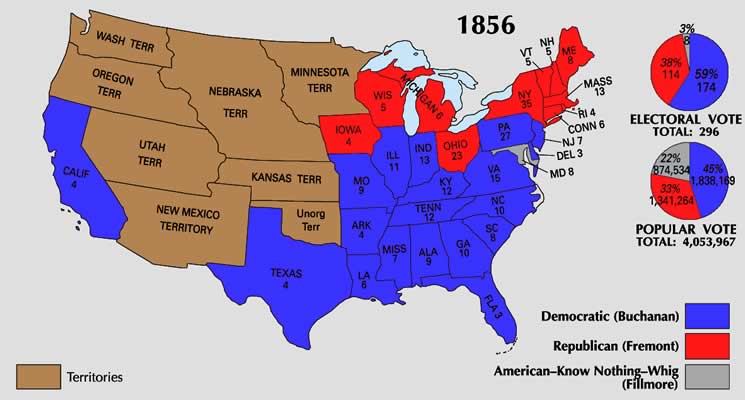 What can you observe about the distribution of Republican and Democratic states in the election map of 1856?

Mention that in this experience students will be learning about the formation of the Republican Party, where the Republicans stood on major issues, and one of its party leaders—Abraham Lincoln.