Russia and the Republics: Society and Culture 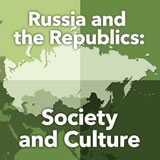 Students explore a range of examples of Russian art: architecture, music, visual and folk art, literature, and ballet. Then, they learn about Soviet defectors and analyze the influence of totalitarianism on the arts.

Here are the teacher pack items for Russia and the Republics: Society and Culture:

In this experience, students explore a range of examples of Russian art: architecture, music, visual and folk art, literature, and ballet. Then, they learn about Soviet defectors and analyze the influence of totalitarianism on the arts.

Note that there is no quiz included in this experience.


Russia has a rich cultural history, with artists, musicians, writers, and dancers who have made an impact on global culture. The Golden Age of Russian art began in the early 1700s, when Russians became familiar with European culture and began to focus on nonreligious themes.

This golden age came to an end with the rise of the Soviet Union and its totalitarian control of society. Soviet artists continued to work, although many had their work censored or had to move underground. Since the fall of the Soviet Union, the Russian art scene has begun to rebuild itself.

In this experience you will learn about some specific examples of Russian art. 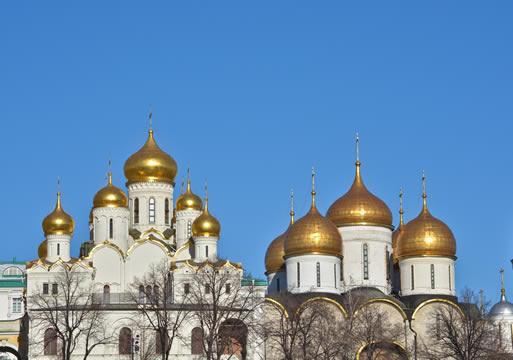 The Kremlin Church in Moscow


The church in the image above shows architecture typical for Russian Orthodox churches, which are generally recognizable all over the world because of their distinctive domes.

What do you think of when you look at the domes?


Many people call them “onions.” They are meant to symbolize heaven. The domes also served a practical purpose of preventing snow from piling up on the church roof. 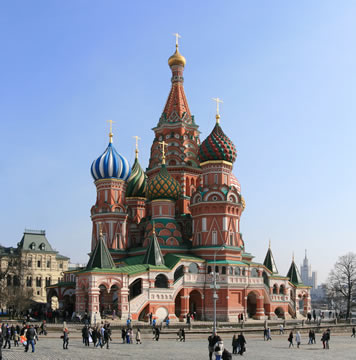 In the days of imperial Russia, Russian architects were influenced by these churches, and they adopted this architectural style for the palaces and public buildings that they designed.

Find out more about the elements of this style of architecture by exploring the St. Basil’s Cathedral interactive. Be sure to explore the popup links on the image of the cathedral.

Where is St. Basil’s Cathedral located?


The central spire sits on a brick tower with how many sides?


Which of the following best describes the cathedral? Choose all that apply.


End of Preview
The Complete List of Learning Experiences in Russia and the Republics Unit. 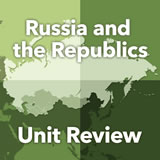 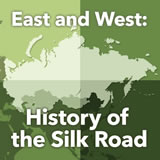 East and West: History of the Silk Road 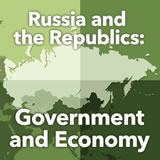 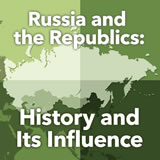 Russia: History and Its Influence 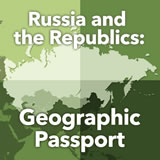 Russia: Geographic Passport
Would you like to preview the rest of this learning experience, and get access to the entire functioning World Cultures MS course for your classroom? Sign up using your school email address below.