Here are the teacher pack items for The Mission-Presidio System:

Note that in the experience Spanish Settlement in Texas, students will focus on the historical development of missions.


Among the physical remains from the Spanish colonization period in Texas are numerous missions, which were established by religious groups, and presidios—forts used to protect the missions. In this experience you will learn about the role of these two institutions within the colony. 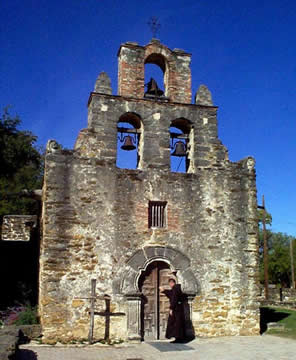 Search the Web for an image of a typical fort and upload it to the canvas below.

Look through the images posted by your classmates. What do they have in common?

What conclusions can you make about what makes a “good” fort?

Discuss with students the following points:

End of Preview
The Complete List of Learning Experiences in Exploration and Early Colonization Unit.

Spanish Conquistadors in the Americas

The Mission-Presidio System
Would you like to preview the rest of this learning experience, and get access to the entire functioning Texas History MS course for your classroom? Sign up using your school email address below.