Students will read and identify what life was like for the Anglo settlers and some of the challenges that the colonists faced as they settled into their new land. Then, they will imagine life as members of the frontier folk and write a journal entry describing their lives.

Here are the teacher pack items for Life in the Texas Settlements:

In this experience, students will read and identify what life was like for the Anglo settlers and some of the challenges that the colonists faced as they settled into their new land. Then, they will imagine life as members of the frontier folk and write a journal entry describing their lives.

There are two general resources provided to students in the pack of all three experiences: a timeline of events in Texas history from 1826–1842 and a video (30 min). You can refer students to these resources at any point during these experiences.


You have learned about the Mexican Government’s policies concerning Anglo immigration to Texas and how Stephen F. Austin established his colony. In this experience, you will learn about life within the colony. 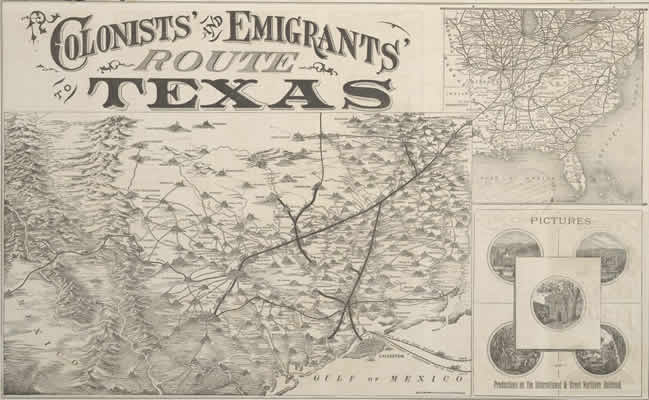 
A popular form of housing in the Texas settlements was a “dog-trot house” or a “dog-run house.”

Find an image of a dog-trot house and upload it to the canvas below.

Look through the images posted by your classmates.

What do you think is the purpose of the open space between the two living areas?

The dog-trot or dog-run house was common in Texas settlements. The building consisted of two cabins separated by a large passageway, with a single roof covering both cabins and the passageway between them. Oftentimes, one cabin was used for cooking and dining and the other side was for the bedrooms and living areas. There was often a porch across the full front of the house and sheds at the rear of each cabin for additional space. The house was made of logs, with floors of dirt, sawed boards, or split logs.

The open dog-run in the middle served to cool the house by providing shade and catching the breeze. The house got its name because the dogs would run back and forth through the open space and sleep there. It also served as a general storage area for work tools.