Students examine events in New York, Pennsylvania, and New Jersey that marked turning points in the Revolutionary War: the battle of Trenton, the winter at Valley Forge, and the battles of Saratoga. Then they will explain the significance of each event.

Here are the teacher pack items for Turning Points in the Revolutionary War:

In this experience, students examine events in New York, Pennsylvania, and New Jersey that marked turning points in the Revolutionary War: the battle of Trenton, the winter at Valley Forge, and the battles of Saratoga. Then they will explain the significance of each event.


Key events in New York, Pennsylvania, and New Jersey marked a turning point in the Revolutionary War: the battle of Trenton, the winter at Valley Forge, and the battles of Saratoga. In this experience, you will explain the significance of each event. 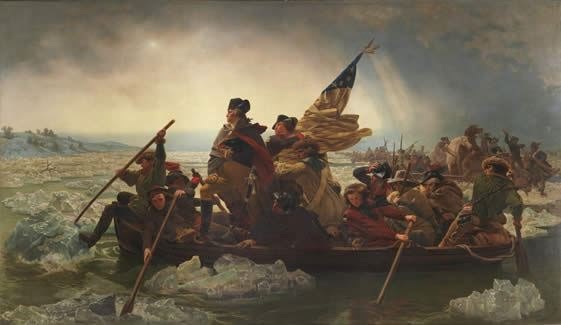 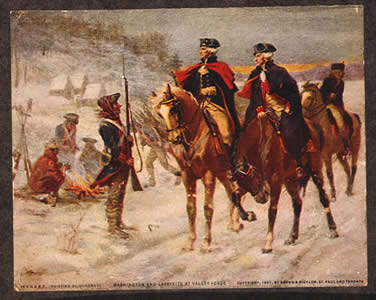 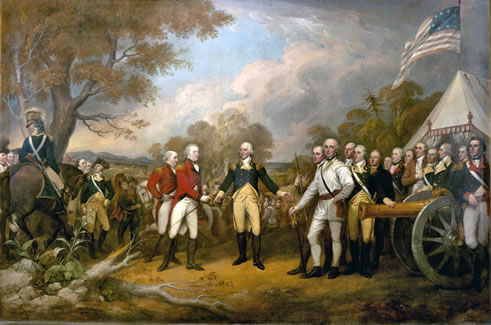 When Congress adopted the Declaration of Independence on July 4, 1776, the colonists had already fought several battles against the British in Lexington, Concord, and Bunker Hill, Massachusetts. While the Americans surprised the British with their determination and strength, these early battles ended in British victories. In August of 1776, the colonists would suffer another defeat in the Battle of Brooklyn, the first major battle after the Declaration of Independence. By the end of the year, the British had taken New York, as a huge fleet of their ships filled New York Harbor.

Although each scene was painted many years after the war, they show important details about each event. Choose one of these paintings and study the details.

Now imagine you are an American soldier in the scene. How do you think you would feel?


Discuss some of the students’ responses with the class. Tell students they’ll be learning more about these events in this lesson.