Students learn how the American colonists organized and united against the British. They examine some of the first meetings that brought together representatives from different colonies, such as the Stamp Act Congress and the First and Second Continental Congresses.

Here are the teacher pack items for The First and Second Continental Congresses:

In this experience, students learn how the American colonists organized and united against the British. They examine some of the first meetings that brought together representatives from different colonies, such as the Stamp Act Congress and the First and Second Continental Congresses.


At the time of the American Revolution, the colonists did not have a central government or body for colonies to discuss issues, make decisions, and act together. Instead, each colony had its own government made up of a governor appointed by the king, a governor’s council, and a colonial assembly. These assemblies went by different names, but they were elected by the people (usually white, land-owning men) to represent their interests. They also had the authority to decide taxes and even set some of their own laws, until Parliament began to rein in some of these rights. These colonial assemblies were an important foundation for self-government in the colonies. They would also help the colonies come together to hold intercolonial meetings.

In this lesson, you’ll examine some of these first intercolonial meetings that brought together representatives from different colonies, such as the Stamp Act Congress and the First and Second Continental Congresses. 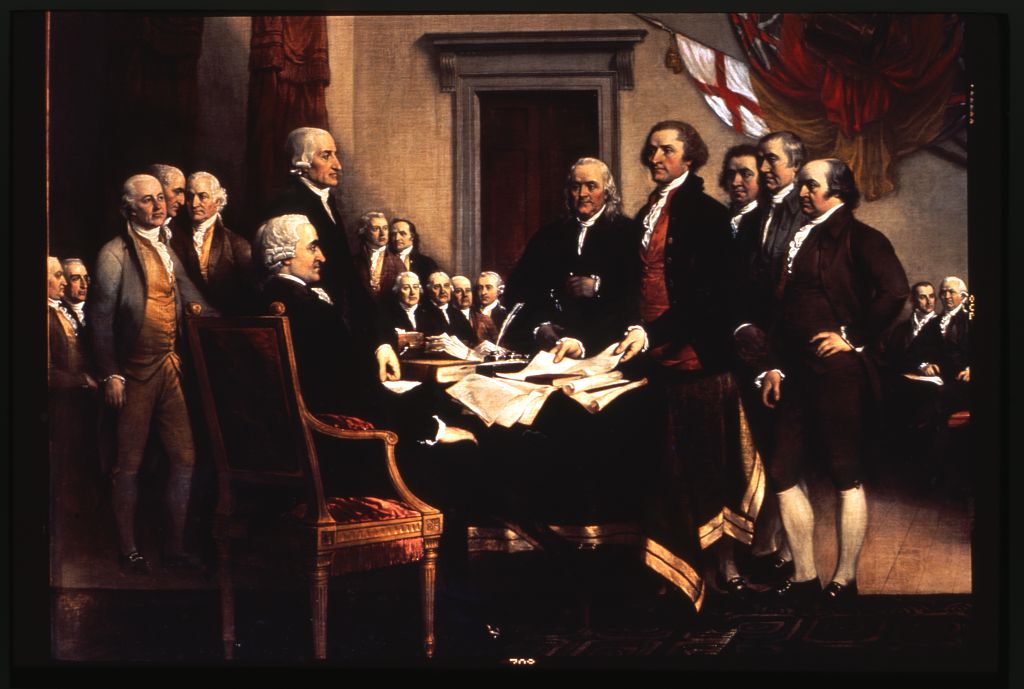 
The legislature of the United States is called Congress. Do you know what the word “congress” means in its general sense?

Write a definition for the word “congress.”

Review the different definitions and come up with a class-wide definition. You can also have students check different dictionaries.

The word is from the Latin congressus, which means “meet,” (con- “together” + gradi “walk”). From a general act of coming together and meeting, the word became associated with legislative bodies and actions.