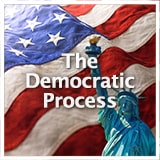 Students brainstorm text that appears on all U.S. currency and then learn about the mottos “E. Pluribus Unum” and “In God We Trust.” Next they examine the rights and responsibilities of U.S. citizens. Then they explain ways U.S. residents can participate in the democratic process. Finally they learn about the steps for naturalization and they take the USCIS civics practice test.

Here are the teacher pack items for The Democratic Process:

In this experience, students brainstorm text that appears on all U.S. currency and then learn about the mottos “E. Pluribus Unum” and “In God We Trust.” Next they examine the rights and responsibilities of U.S. citizens. Then they explain ways U.S. residents can participate in the democratic process. Finally they learn about the steps for naturalization and they take the USCIS civics practice test.

“We the People” is a very important phrase in American democracy. These three words are the core of the principle of popular sovereignty, the idea that government is based on consent of the people. How can you as one of the people in the United States participate in the democratic process? Ask yourself this question as you progress through this experience. 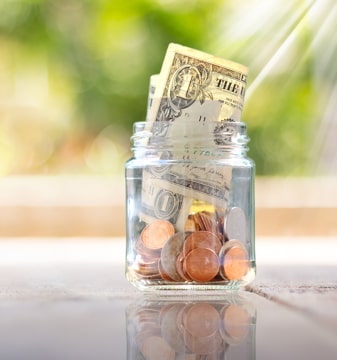 Picture in your mind a one-dollar bill and a penny coin. What text appears on both of them?

The phrases that appear on all U.S. currency are:

When everyone is ready to continue, unlock the next part.

E. Pluribus Unum is Latin for “out of many, one,” referring to the original thirteen colonies. By an act of Congress, this phrase has appeared on the Great Seal since 1782. This phrase was unofficially considered the national motto.

In 1956, the phrase “In God We Trust” was adopted by Congress as the official U.S. motto. The senator who proposed the bill stated, “While the sentiment of trust in God is universal and timeless, these particular four words ‘In God We Trust’ are indigenous to our country.”

Turn to an elbow partner and discuss what each of these phrases means and how it represents the United States.

Ask for volunteers to summarize their discussions. The Student Pack includes links to additional reading about the mottos.


Which do you think should be the official motto of the United States?

A) In God We Trust
B) E. Pluribus Unum
C) Something else


Ask for a few volunteers to explain their votes.

Depending on students’ backgrounds and view, they may make the following comments:

End of Preview
The Complete List of Learning Experiences in Foundations of U.S. History Unit. 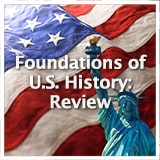 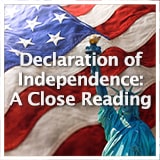 Declaration of Independence: A Close Reading 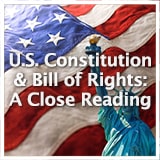 U.S. Constitution and Bill of Rights: A Close Reading

The Democratic Process
Would you like to preview the rest of this learning experience, and get access to the entire functioning US History Since 1877 course for your classroom? Sign up using your school email address below.