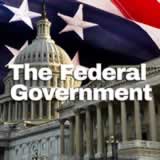 Introduces the three branches of the federal government, and focuses on the structure, function, and processes of the legislative and executive branches

The Federal System
Students learn how the federal system of government in the United States allows the national government and the state government to share power. Then they explain federalism as a principle of American government. Then they consider how some laws vary in different states and argue for or against a state law. 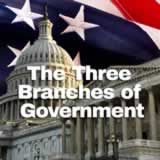 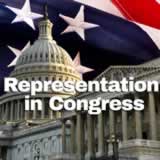 Representation in Congress
Students learn why Congress is composed of a House of Representatives and Senate and how each house is structured. Then they learn how congressional districts are created and what gerrymandering is. Finally they examine the role of compromise in politics. 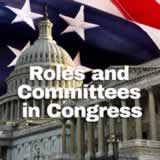 Roles and Committees in Congress
Students learn about the leadership roles in Congress and what powers the leaders have. Then they analyze how members of Congress carry out their responsibilities in congressional committees. Finally, they research the record of one of their state senators and give the senator a grade. 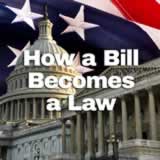 How a Bill Becomes a Law
Students learn how a bill becomes a law at the federal level. First, they identify the different steps in the process. Then they learn how a bill can be blocked and consider why the Constitution created a long and complex process for creating laws. Finally, students research and report on application of the process for a new bill that was introduced in recent years. 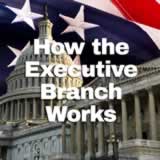 How the Executive Branch Works
Students learn that the president is the head of the executive branch and he selects a group of people to make the Executive Office of the President (EOP) and the Cabinet. They examine how the president nominates these advisors to help him make challenging decisions for the United States. Next they read about the different jobs and duties in the EOP and the Cabinet. Then, they explain why the Department of Homeland Security was added in 2003. Finally, they consider what criteria the president should use in assembling the EOP and Cabinet. 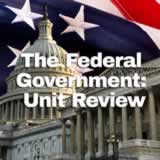 Sign up below to get the complete Civics MS Course,
including the The Federal Government Unit.