Students work in groups on a debate topic related to a novel they have read. Each group subdivides into teams for and against the topic. Teams plan their initial speech and rebuttal. They listen to and address the opposing team’s speech in order to adequately address the arguments made. The students not participating in the debate listen and take notes so they may ask the teams questions as needed. The audience votes on which team presented a more convincing argument.

Here are the teacher pack items for Literary Debate:

In this experience, students work in groups on a debate topic related to a novel they have read. Each group subdivides into teams for and against the topic. Teams plan their initial speech and rebuttal. They listen to and address the opposing team’s speech in order to adequately address the arguments made. The students not participating in the debate listen and take notes so they may ask the teams questions as needed. The audience votes on which team presented a more convincing argument.

Divide students into groups of 4 or 6 people (if possible), so that both the for and against teams have the same number of participants. If you have an odd number of students, you can have two students split presentation of the initial team position, or you can pair a strong student with an ELL student to work together.

The student posts throughout the experience enable you to track student progress and to ensure that the students have divided up the work appropriately. As students work with their teams, monitor their progress and intervene when necessary.

All students in each group should have read the same novel for the purpose of the debate. All small groups can debate the same novel, for example, at the conclusion of a class novel study, or each group can read and debate a different novel.

Some sample debate topics include:

Have you ever participated in a debate? Unless you are on a debate team, your immediate reaction might be to say “no,” but you probably participate in debates more often than you realize. Anytime you address an opinion offered by someone else and try to refute it, you are engaging in a form of debate. In this experience, you will be working with a team to debate a topic based on a novel you and your debate group have read. With your team, you will plan and develop speeches to be given during a debate in an attempt to persuade the audience to agree with the position you are arguing. 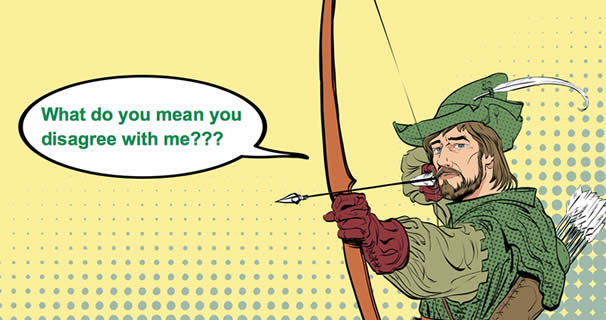 Have you ever read a story or novel in which you disagreed with the actions of a character?

State the title of the book and describe the actions of the characters that you disagreed with. Be prepared to defend your explanation and why you feel the way you do.


Use student responses to introduce the concept of debating and discussion elements from literature, including character actions and motivations, and theme. Depending on the student responses, try to tie comments to current events and have students explain how one can use literature to examine broad social issues.


In this experience you will debate a literary topic. Together with a team, you will develop an argument and find text evidence to support your reasoning.


Divide students into their small groups. Assign each group a debate topic. When everyone is ready to continue, unlock the next scene.

End of Preview
The Complete List of Learning Experiences in Non-fiction Texts Unit.

Writing a Formal Letter
Would you like to preview the rest of this learning experience, and get access to the entire functioning ELAR Grade 7 course for your classroom? Sign up using your school email address below.