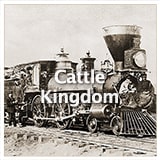 Here are the teacher pack items for Cattle Kingdom:


In the twenty years after the Civil War ended, the cattle industry grew tremendously. With the expansion of the railroads in the 1870s and 1880s, the industry began stretching from its base in Texas northward and westward into Kansas, Nebraska, Colorado, Wyoming, Montana, and the Dakotas. This area of the United States that was dominated by the cattle industry during the 1870s and 1880s is referred to as the Cattle Kingdom. 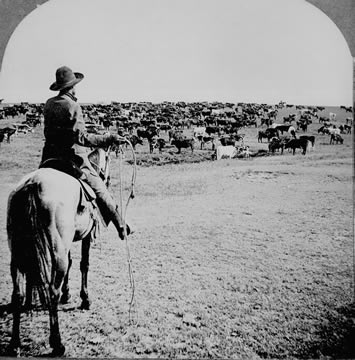 Think about the term Cattle Kingdom.

Make a prediction about the impact the Cattle Kingdom had on the western frontier.

Ask students to share some of their responses. Point out that the Cattle Kingdom impacted both the human and the physical geography of the United States during the mid to late 1800s.

End of Preview
The Complete List of Learning Experiences in Gilded Age Unit. 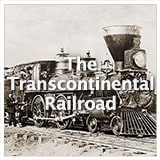 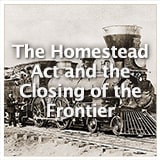 The Homestead Act and the Closing of the Frontier 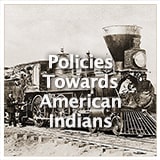 Policies Towards American Indians
Would you like to preview the rest of this learning experience, and get access to the entire functioning US History Since 1877 course for your classroom? Sign up using your school email address below.