Students investigate a series of landmark events that shaped the Cold War: the Berlin airlift, the Truman Doctrine, and the creation of NATO. Then, students use evidence to develop and support a point of view about the Truman Doctrine and NATO.

Here are the teacher pack items for Soviet Aggression after World War II:


A period of political hostility referred to as the Cold War (because it did not break out into a global military “hot” war) lasted from right after the end of World War II to 1991, when communist governments fell in the Soviet Union and all across Eastern Europe. In this experience, you’ll learn how the Cold War began with the U.S. response to the Soviet Union’s aggression against other nations. 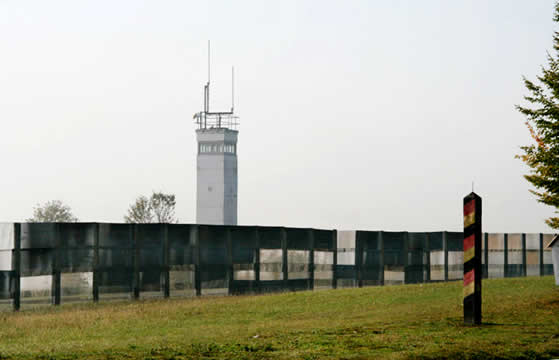 Fence along the former border between East and West Germany

Would you like to learn about 45 years of history in less than three minutes? Here it is—and as you’ll see, it’s just a first taste. You’ll learn lots of the details throughout this unit, starting with this experience.

Based on the video, try to define or describe the Cold War.

Select one or more interesting or exemplary responses as discussion starters. Wrap up by observing that the Cold War is a large subject, requiring a whole unit, and that this experience begins with the earliest events in Cold War chronology.

For interested students, the experience-wide video, How Is the Cold War Taught to Students in Russia Today?, included in the Student Pack, could be used here or after scene 4 to teach historiography. Different nations, as well as different historians within each nation, interpret the Cold War through their own perspectives. Students can view the video and then evaluate Sergei Khrushchev’s historical perspective. 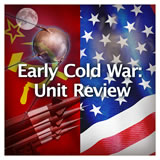 Economic Impact of the Cold War
Would you like to preview the rest of this learning experience, and get access to the entire functioning US History Since 1877 course for your classroom? Sign up using your school email address below.