Complete U.S. History Course
If you teach in a High School classroom,
sign up to get over 50 lessons 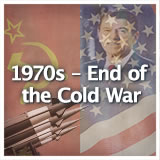