Here are the teacher pack items for Jacksonian Democracy:


After a long, hard fight, Andrew Jackson was elected President in 1828. As Jackson began his presidency, he introduced a new approach to governing the country. He focused on serving the common man and opposing the special treatment of the rich. This new approach, referred to as Jacksonian Democracy, was the early foundation for the Democratic Party as we know it today. 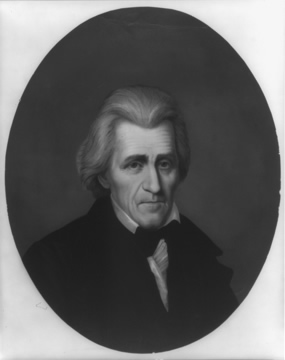 
The term “kitchen cabinet” was introduced during Andrew Jackson’s terms as president. What do you think it might mean in relation to government? If you don’t know, that’s OK, use your imagination and make a guess.


Students will learn about Jackson’s kitchen cabinet (advisors) in the next scene.


Divide students into their small groups for the next three scenes. When everyone is ready to continue, unlock the next scene